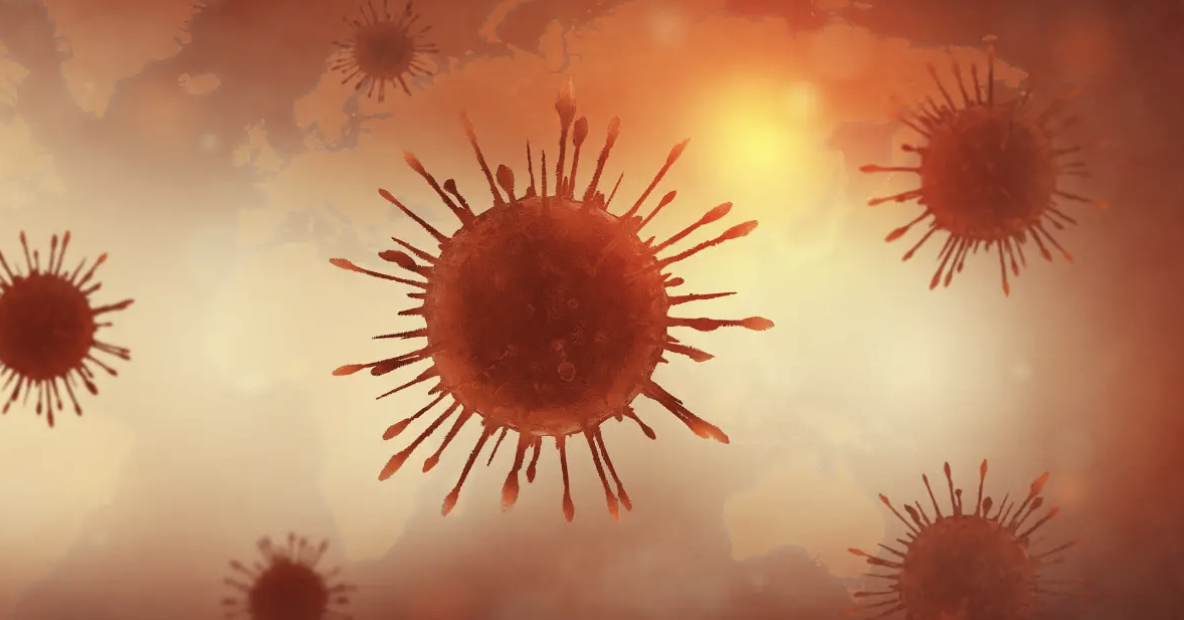 Here is a reminder of my aim in looking at this question. It is to stir up our philosophical side by asking questions about the question, to help us to think through the issues. I also want to speak to this issue theologically, to allow the Word of God to be the authority on this issue. May it strengthen our trust in God and His Word and equip us for profitable service. Please feel free to interact with me on this.

A Reminder of Part 1: What is behind the question?

We saw that behind a question like this, whether consciously thought or not, is the idea that if there is a God, He would allow only “good” things to happen to “all” people. These presuppositions suppose that

The rest of part 1 showed the error in these 3 presuppositions. In part 2 we will look at one more “behind the question” issue, it is . . .

1.  Who defines what “acceptable” behaviour is or isn’t?

A person who does not really believe in God, asked someone who goes to N4CCC, why does God allow Coronavirus? This is the context to this series of teachings. Now I don’t know this person, so I won’t presume on what they specifically believe. But behind a question like this is often a belief in what acceptable behaviour is and what it is not. When someone says, for example, why are our young people so rebellious, they are insinuating with that question that they “know” what non rebellion should be. They are insinuating that they know the standard from which our young people have fallen. So, it would be profitable to ask the questioner about what “acceptable” behaviour would be in their minds. I like what Timothy Keller said in his excellent book, Making Sense of God, he first lists, some background beliefs that our culture presses on us about Christianity, which make it seem so implausible.

Wow, this seems to perfectly sum up the prevailing thinking in secular NZ. Keller continues, these assumptions are not presented to us explicitly by argument. Rather, they are absorbed through the stories and themes of entertainment and social media. They are assumed to be simply “the way things are.” They are so strong that even many Christian believers, perhaps secretly at first, find their faith becoming less and less real in their minds and hearts.

So, who defines acceptable behaviour? The secular thinker would answer this question, society defines proper behaviour. And if the bullet points above accurately reflect secular societies beliefs, then bullet point 2 summarises the answer by saying, do whatever you want just don’t harm others. Ellen has popularised the phrase “be kind to one another,” a phrase that I’ve heard over and over during this Covid 19 crisis. Proper behaviour includes not harming others but being kind.

There are 3 things I want to highlight in opposition to this secular view.

1. This view doesn’t explain the universal nature of right and wrong

I understand that if there is no God, morals and ethics had to come from somewhere, so they would have come from society itself. As societies and cultures developed, they developed their own sense of right and wrong, which would have shaped and protected their culture. Why ethical standards today can be changed to meet modern demands, like homosexuality and sexual identity, is because they were always culturally defined anyway. When the “culture” changes so can the culturally defined ethics. The biblical worldview, on the other hand, says God defines mankind’s ethics and morals, they are absolute, that is applicable to all cultures, and all cultures will be ultimately accountable to them.

This secular view doesn’t account for the universal acceptance of morality. In all cultures [Pretty much], murder is wrong, kindness is right, rape is an evil, yet a harmonious relationship is good. In all cultures, as human beings’ cross paths, a kind greeting or some kind of friendly gesture is acceptable, a slap across the face is unacceptable. Whereas the secular, culturally defined view, should have led to different cultures defining their own unique ethics. This view seems to presuppose a “harmonious working together” view amongst different cultures, to all come up with a similar list of morals. History shows us that cultures have never worked together in this regard. Cultures have risen and fallen. Cultures demonstrate incredible differences, religiously, economically and technologically. One could add here also, the tremendous “harm” each culture did to other cultures they subjugated. The presence of a universal nature of right and wrong would seem best to fit what the Bible teaches rather than the culturally defined view of morality.

2. This view can only work if everyone agrees on what “harm” is, and we don’t

It seems so freeing and sensible, “You should be free to live as you see fit, as long as you don’t harm others.” But the question is obvious, who decides what “harming others” should look like? It seems in NZ at the moment, we definitely live in a time where people are encouraged to be free to choose their own paths and morals, with no public or “cosmic” judgement, and the greatest harm we need to stamp out would be intolerance and bigotry. If this is correct, then Bible believing people are in big trouble.

Let’s again hear the perspective of Tim Keller, how can you know what hurts people unless you can define what a good and thriving human life is? . . . of course, we must avoid harming others, but any decision about what harms others will be rooted in (generally unacknowledged) views of human nature and purpose . . . freedom of choice cannot stand alone as a guide to behaviour. We need some kind of moral norms and constraints on our actions if we are to live together. This makes sense. It is one thing to say that we should not harm one another, but if we can’t decide what that looks like, then it can never work and will constantly cause conflicts [harm]. Who better to educate us about human nature and purpose, than the God who knitted us together in the womb and intimately knows us and what is best for us?

3. This view can’t fix the reality that we ARE harming one another

All through history we have harmed others and all around the world today, we are harming others. A belief, an assumption about the world, that expects a certain kind of behaviour, don’t harm others, but gives no ability to see the behaviour lived out, is a sad belief. It is a hopeless belief as it will never come to fruition. C. S. Lewis, initially an atheist himself, in his book Mere Christianity wrote, these, then, are the two points I wanted to make. First, that human beings, all over the earth, have this curious idea that they ought to behave in a certain way, and cannot really get rid of it. Secondly, that they do not in fact behave in that way. They know the Law of Nature; they break it. These two facts are the foundation of all clear thinking about ourselves and the universe we live in. Page 21. If C.S Lewis is correct, then the biblical worldview understands and answers these foundational questions far more adequately and hope filled than that of the secular view. The Bible understands the sinful nature, that we are harmers of one other, that left to ourselves we will harm others, it is our nature, it is inherent within. So, God sent His Son into the world to take upon Himself our sin, that all who believe in Him, have a new heart and a new command, love one another. This command can be obeyed by all who have a new nature; therefore, it is a belief that can be realised, thus providing hope.

As we come to the Bible, the Bible answers the question of apparent universal morality by pointing to mankind being made in God’s image. The Bible does not teach that morality was left to cultures to define it, but that God made man in His own image [Gen.1:27], and created each human being with a conscience that internally defends their action or else accuses them that their action was wrong [Rom.2:15]. In other words, the basic understanding of right and wrong has been written on all people’s hearts. So when an atheist, or sceptic, asks a question about God acting properly or improperly, or criticises the “rebellion” amongst the youth of this generation, it is not because God or young people have transgressed their “culturally” defined ethics, they may be from a different culture. No, they are demonstrating the truth that they have an internal ethic that they feel has been compromised.

Romans 1:18 and following, tells us that all people know about God’s reality yet choose to suppress that reality. Yet they cannot free themselves from their internal conscience that rises up during a perceived injustice. And this is why they ask questions like “Why did God allow coronavirus.” Of course, they do not see this themselves, our hope and prayer for them is that the Holy Spirit will open their minds to the truth of His Word and His being. To continue to impart biblical truth to them is important, so with that in mind we will look to further answer the question, why did God allow coronavirus. In part 3 we will ask and answer the question, did God allow coronavirus? Does God allow the pandemics and the sufferings of this world?

For Online Devotion, please visit us on Facebook Group "NFCCC Working Together".

Kidz for Christ ages 4-13, meet twice a month on the first and third Sundays of each month.